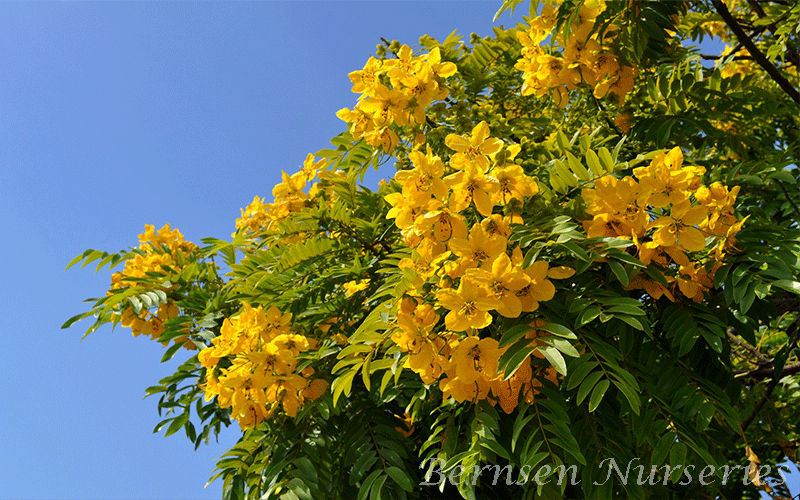 Cassia trees are also called candle brush, and it’s easy to see why. In late summer, the golden yellow flowers that hang from the branches in long clusters resemble candles.

This large, spreading shrub or small tree makes a great container accent plant that looks fantastic on patios and near entryways. You can also use it as a specimen or lawn tree. Pruning cassia trees helps strengthen the structure and keeps it looking neat.

When to Trim Cassia Trees: Prune cassia trees at planting time only if necessary to removed dead and diseased branches and those that cross and rub against each other. Rubbing causes wounds that can provide entry points for insects and disease organisms. Cassia trees are normally pruned in late winter or early spring.

Early pruning gives the shrub plenty of time to form the buds that will bloom in late summer. Do the first structural pruning the first spring after planting. Early spring is also a good time to pinch out the tips of new growth to encourage more lateral shoots and flowers.

How to Prune Cassia Trees: Cassia tree pruning begins by removing dead and diseased branches. If you are removing just a portion of a branch, make the cut one-quarter inch above a bud or twig. New stems will grow in the direction of the bud or twig, so choose the site carefully.

Cut out diseased and damaged branches several inches below the damage. If the wood in the cross section of the cut is dark or discolored, cut a little further down the stem. When pruning for structure, remove branches that shoot straight up and leave those that have a wide crotch between the branch and the trunk. Make a clean cut flush with the trunk when removing a branch. Never leave a long stub.

Removing the tips of new growth encourages more new branches and flowers. Take off the tips of the stems, cutting just above the last bud on the branch. Since the flowers form on new growth, you’ll get more flowers as the new shoots form. 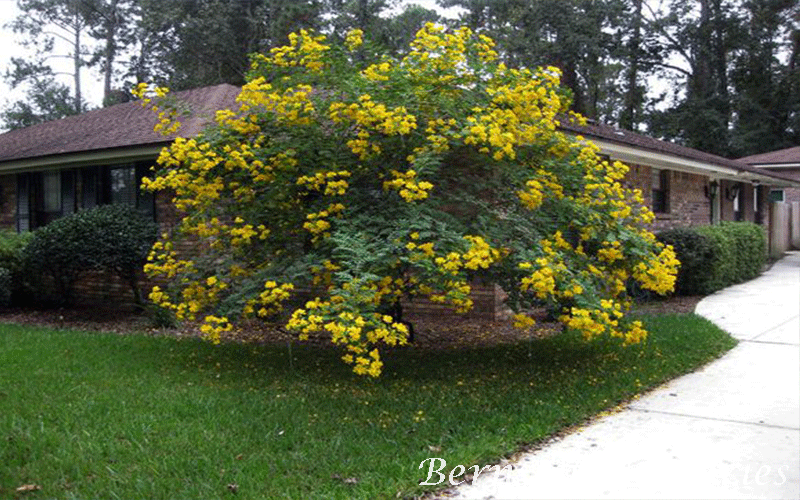 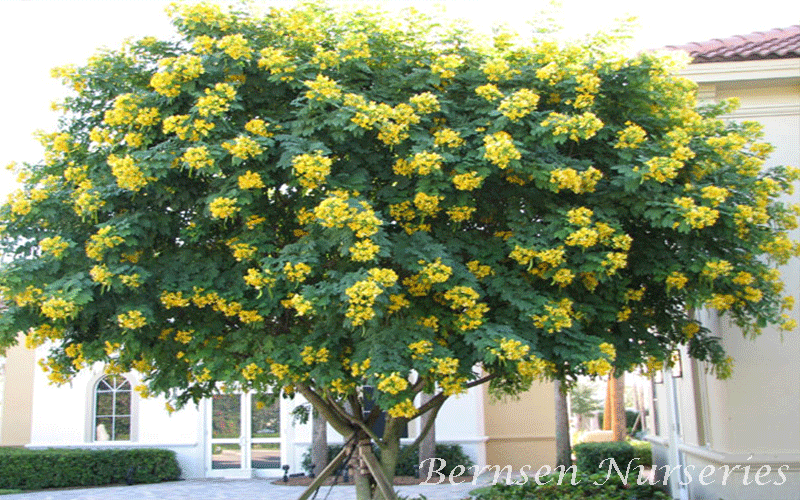 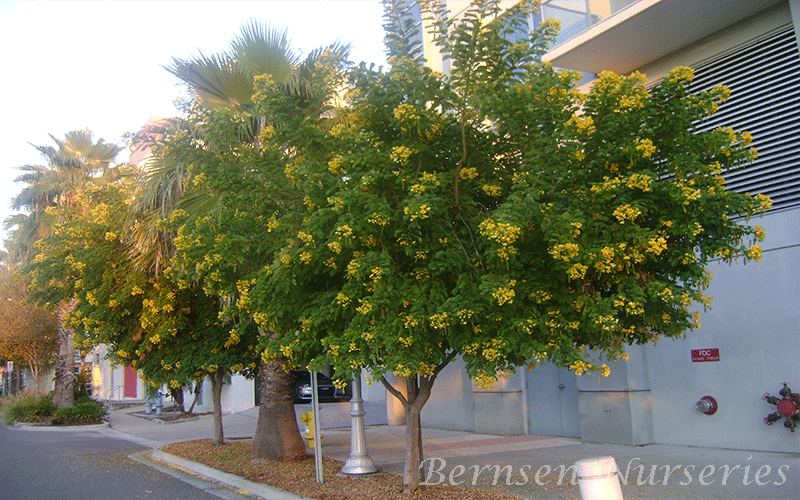